(This post was originally published at Read.cash on March 2021 but due to the uncertainty of that platform, we've decided to move this post here at Hive.)

Matic has surged in price the other day and according to Bullzilla 123, it even outperformed Bitcoin. The price reached an All-Time-High of $0.5089 which is staggering as it was only 24 cents 2 days before.

There are other altcoins which also showed tremendous price increase like Theta and RSR. Yes, we're bullish on them and we'd like to shill them. But, we don't think we need to work that hard because these projects will stand out on their own soon.

Take a look at this profit calculator. 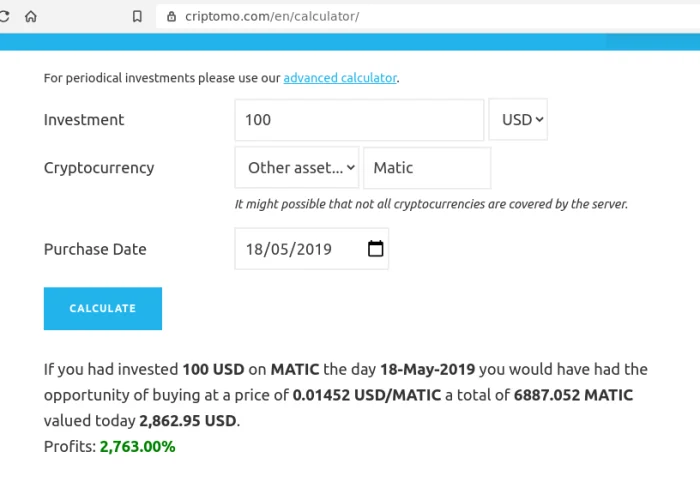 Anyways, experts predict Matic could surge again and hit around $0.69 anytime soon so I wouldn't just cash it out yet. It's always tempting to cash out but Matic is a great long-term investment. One of the many promising crypto projects out there so holding it for the long term is the best play.

Should you invest in Matic?

Of course you should but don't take what we're saying as financial advice and do your own research instead.

The following are some juicy reasons why Matic / Polygon is an impressive project which makes holding it a great business or life decision.