The Narrator: People are losing their jobs, people are getting evicted from their houses, people are starving, people are dying, and the virus has mutated. Hundreds of Millions have died and most of them didn't give a fight. They just accepted things for what they were and mostly because it was just too late for them to resist.

10 years ago at a secret meeting of the Tier 3 Overlords...

Bill Gates: Anthony is making headways with the strain. We are on schedule. And Barack has delivered on his projects. Just spoke with Doc about CDC removing HIV as a disease of significance. We'll need to start with the conditioning phase and let's make sure The Walking Dead debuts this year to support this initiative. We've gathered massive data and learned a lot from last year's Swine Flu. Just thinking about it gives me a massive boner even if I have a tiny weiner. G, what do you have for us?

George Soros: My men already paid our volunteers in full to jumpstart this year's terror operations. We'll have attacks in Pakistan, Egypt, India, New York, Sweden, and Russia. We also have aviation disasters planned. We'll remove Colombia and Hungary from recession because it will keep things in balance but we'll also need to put Taiwan out of recession to help with our strategy. We'll make sure Obama wins the 2012 election, I've already spoken and made arrangements with the head of a company called Dominion.

Bill Gates: Thanks G. Winning this election is a very important step. We're gonna need the right people to ensure a smooth order of operations. I trust you will make sure of the win.

George Soros: Yes Bill. Of course. We will conduct trial runs in other nations.

Bill Gates: Awesome. Klaus, where are we with environmental disasters?

Klaus Schwab: Yes. It's going great. We are on track with preparations for great disasters in Italy, Mexico, and Congo. Prince Charles is a bit delayed with his deliverables but I think we are doing well with Climate Change narrative operations. Sorry he couldn't make it, he decided last minute to spend another day at Jeff's island. 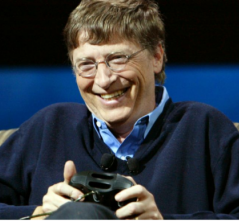 Bill Gates: Hahaha, I miss that island, let's visit it again soon. So have you come up with a name for our agenda for the next decade?

The Narrator: Klaus paused and stared at Bill intently with an evil grin.

Klaus Scwab: We will call it THE GREAT RESET.

Bill Gates: That's perfect. Let's go with it. Make sure we have the right messaging and not make it so obvious.

Klaus Schwab: Of course. I am working with Mark, Sergey, Larry, and Jeff - hey Jeff, where's the boys?

Jeff Bezos: They're at the other room drinking milk. We don't really need them here right now. HaaaaHAAAAHAAAAAHAAAAAAAAAAAAAAAHAAHAHAHAHAHAHA

Klaus Schwab: Okay. I don't like that Mark guy Billy. He's too ambitious. He wants to become Tier 1 overlord.

Your Inner Voice: LOL, even his partners hate him? How sad.

Bill Gates: How is your cloud platform coming along Jeff?

Jeff Bezos: It is working great. We'll be able to easily spy on companies and organizations to make sure we have more control over the ones we think are not on our side. 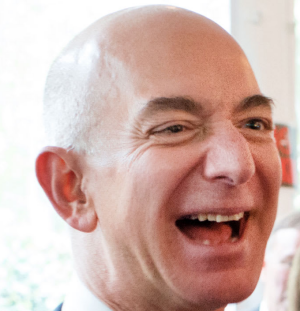 Bill Gates: Okay then. This is going to be fun. I really don't like watching at all the useless eaters in this world. I will continue working with vaccines to kill children and adults alike. This really gives me a great sexual release.

George Soros: Hahahahahahahaha cheers. Don't forget our HarpCore friends are doing well too. They can create more casualties.. with a little help from our masters.

The Narrator: And just like that, 2010 became a pivotal year for the T3 Overlords' plans... plans that are now playing out in the present time...