As the group reached the area with the blue light, they were welcomed by a guy in a suit.

Guy: Ladies and gentlemen, welcome to C.R.E.B.S. Park! I'm Travis White, the CEO, but I'm more of a caretaker here actually. Can you please follow me? I'd like to show you guys something.

Jack: Woah woah woah what is this place? wow!

Travis White: Folks, that is eternity. Please take your time and enjoy it while you still can.

The group stared at what they could see in front of them. Some of them were crying and all we're in tears.

Travis White: Folks, the gods sent you here so we can re-assign you to a new universe. I know what's on your mind.. I got questions from previous batches like "Is this heaven?", "Why do I still have a body if I'm dead?", "Why can't we just go directly to paradise?", and more boring questions. LOL! Folks, as the AI woman earlier mentioned, you are all special cases. You will eventually understand everything later on.

Travis White: Steven, your friends who died first in your shipwreck are already waiting for you in your destination universe. They already know you guys are coming.

Steven: Oh okay that's nice to know! Ahmm ah ahm.. I'm still feeling disoriented though. Where are we in the universe exactly?

Travis White: You are all in a neutral space, a place between space and time, which is outside your future, present, and past. 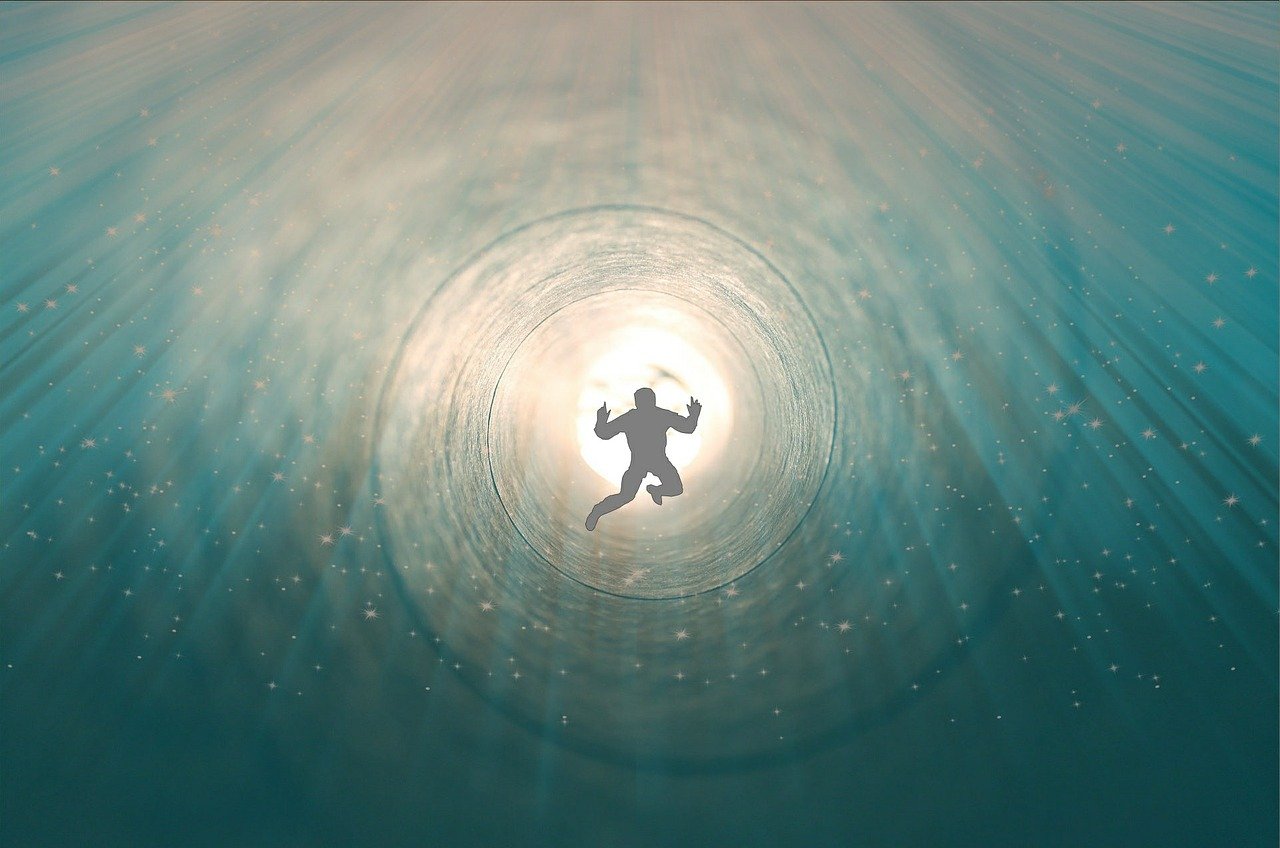 Roe: So Travis, are the "Pro War Faction" guys joining us? When are they coming?

Travis White: Yes they are. They'll be arriving here together with the rest of the humanity who wants to be saved and accepts Elom's invite. He literally built a Space Ark for that matter. XD

Roe: Cool, cool. Thanks for letting us know.

Writer: Wait, you guys.. Alex and Roe, what do you guys really know about what lies ahead?? It seems you know a lot already. I don't even have any idea what to write next and here you are acting so confident taking over my story?? You sound like a smartass right now.

Roe: Just keep on writing bro. We're the main characters here not you so shut the fuck up and just keep writing! We also know you're planning to kill us off in this story. That would be your loss! Now you started to jumble up our names LOL! If you kill us, your story will go to shit, hell it's already in shit. So proceed with caution pal.

Travis White: I know that for most of you here what's happening to you guys right now may be a little bit confusing and you might be asking yourselves if you're only dreaming. Or if this is just a prank whatsoever. And maybe the person reading what I'm telling you right now might think this is really a corny story but believe me, this isn't. This is how the multiverse works and how arrogant of those people out there in your universe to think their reality is the only reality. SMH.

Gen. Flint: Okay calm down, no need to insult the readers. Keep them out of our story please.

Travis White: Haha! Look at you.. General Flint. I thought you were mad at your friends for bringing you here. LOL!

Alex: The general trusts us.

Roe: Ah.. hey Alex, just got a text from DT that Putin has invaded Russia. Jesus, it’s really happening is it?

Travis White: Yes, your universe is lost to the Reptilians. But you can still save the next one you’ll be in.

Jack: Wait what? Putin died 3 years ago! I saw it with my own eyes in Kiev! What the hell are you guys talking about? Are you on drugs???

Travis White: Easy friend, chill. You’re from the year 2025 while these guys here are from the year 2021. You both came from different universes but nevertheless are very similar to each other. You don’t need to know the details so just take my word for it.

Travis White: General Flint, so where these guys are from, Jack and his Resistance crew, they are about to fight the Reptilians in New York. That is exactly the future that’s waiting for you guys.. but both of your universes are destined to lose. Now there are gods that are not very happy with your stories so they requested CREBS to generate an alternate universe where you can turn things around.

Travis White: I know, don’t you go fanboy on me now. Bwahahahaha! So.. as I was saying.. you can still change your future guys. There are gods who like you so they’re giving you a chance to strategize and win.

Gen. Flint: Hey Jack, in your universe, did the reptilians also attack the human population and disguised their deaths as Covid cases?

Jack: Yes General! Sorry I didn’t recognize you right away lol.. not really that familiar with American people. LOL! There were also lab experiments gone wrong mostly in China and in America.

Wai: There were also chemical factories being burned everyday in different parts of the world, they were spreading undetectable biological weapons, and all that shit that the Tier 3 overlords have done. They all wanted to become Tier 2 and Tier 1.

Travis White: Hey guys, sorry to interrupt, but I need to go somewhere. I’ll be back later. Please feel free to explore the park while I’m still away.

(Stay tuned for the next episode..)